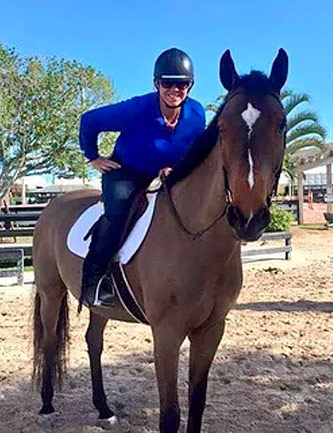 Maria’s life has revolved around horses for its entirety. Raised on a farm in Hornell, NY, Maria discovered her passion for the animals at a very early age. Her list of accomplishments, both in and out of the horse world, is long and impressive.

Maria competed with the National Modern Pentathlon Team for several years after high school. The sport is comprised of five different events: fencing, swimming, equestrian show jumping, pistol shooting, and cross country running. While competing full time, Maria found time to get her bachelor’s degree from SUNY Brockport and a master’s degree in education from Elmira College. Maria then went on to coach the equestrian event for the National Modern Pentathlon Team and founded the Equestrian Team at Colorado College in 2001, all while running a successful riding business out of Penrose Equestrian Center in Colorado Springs, CO.

After moving to New Jersey in 2003 and a successful teaching career, Maria went on to get her Master of Health Science – Physician Assistant Degree from Drexel University. She worked as a PA in urgent cases for several years, and while doing so received her Doctor of Medical Science from the University of Lynchburg. Maria recently accepted the position of Director of Clinical Education at the University of the Sciences in Philadelphia, PA. 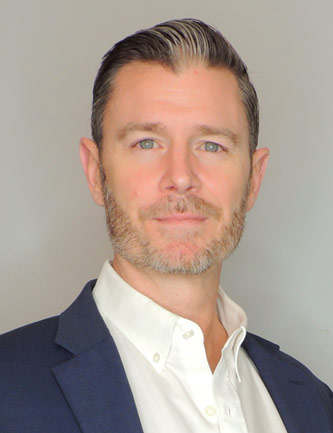 Dave grew up in New Jersey and didn’t know much about horses at all until he met Maria. After graduating high school, Dave accepted his appointment to the United States Military Academy at West Point, NY, and graduated in 1994. He was commissioned as a 2LT in the Field Artillery in the US Army, serving most of his career in the 4th Infantry Division at Fort Carson, CO, leaving with an Honorable Discharge at the rank of Captain.

Dave worked in financial services after his military career, and after moving back to New Jersey from Colorado began working in the mortgage industry. He maintains his mortgage licenses to this day. Dave also received his Graduate Certificate as a Master of Business Administration from Louisiana Tech University.

Being married to Maria forced Dave to pay attention to horses, and over the years he has grown an appreciation for what a powerful and positive impact the animals can have on people. After discovering the EAGALA model, Dave went about the work of transitioning the Equestrian Education Foundation from a focus on Therapeutic Riding to the Equine Assisted Psychotherapy model, with the desire to help military veterans suffering from PTSD, depression, substance abuse, and the many maladies that are an unfortunate consequence of service to our country.

We provide complimentary care for all veterans through generous donations.

You can help make a difference in people’s lives who are struggling with mental illness.

We work
with local
Therapists

Equine Therapy can be a great addition to traditional therapy.

We provide complimentary care for all veterans through generous donations.

You can help make a difference in people’s lives who are struggling with mental illness.

We work
with local
Therapists

Equine Therapy can be a great addition to traditional therapy.